Dark Chocolate Almond Butter Cups are a healthy twist on Reece’s Peanut Butter Cups, except these are vegan, gluten-free and made with healthy ingredients like dark chocolate, almond butter and coconut flour.
JUMP TO RECIPE

Skip the packaged candy and make these easy Dark Chocolate Almond Butter Cups at home! These easy Almond Butter cups are made with just five simple ingredients, but still have that irresistible taste like the original, just without any of the preservatives or funky ingredients!

You may be wondering why you would make your own homemade almond butter cups when you can easily buy them at the store for an inexpensive price. Well, the reason is because making your own is both fun and satisfying!

The biggest achievement from making your own homemade almond butter cups is that they really taste SO much better than the packaged kind. For example, in this recipe I use dark chocolate, which is richer. I also use a special kind of almond butter that is uniquely great for this recipe.

This almond butter cup recipe has just 4ish simple and healthy ingredients that are both suitable for a vegan or gluten-free diet.

Making your own homemade almond butter cups is both stress and pain-free. You won’t need any fancy equipment, just a cupcake tin and some liners and you’ll be ready to go. I like to use these silicon cup cake liners that I got from amazon. They make baking so easy and it’s allows for less paper waste.

Now let’s get into making these delicious dessert treats. To start, you will melt the dark chocolate chips with the coconut oil. You can do this in the microwave in 30 second increments, or you can melt it in a double broiler. Both methods work great.

Add the cupcake liners to the cup cake tin, then add 1.5 Tbsp of melted dark chocolate to the bottom of each cupcake liner. Place the entire tray in the freezer for 5-7 minutes to harden.

In the meantime, add the almond butter, maple syrup and coconut flour to a small bowl and mix until a thicker dough starts to form. Using your hands, grab about 1/2 Tbsp worth of the almond butter and roll them into a ball.

Remove the cupcake tray from the freezer. Then, with the palms of your hands, flatten the ball slightly so it’s more like a flat oval shape. Place this almond butter ball in the center of the cupcake liners. Allow there to be room on the edges. That’s what will complete the almond butter cups.

Remove from liners and store in the fridge for up to 1 week. 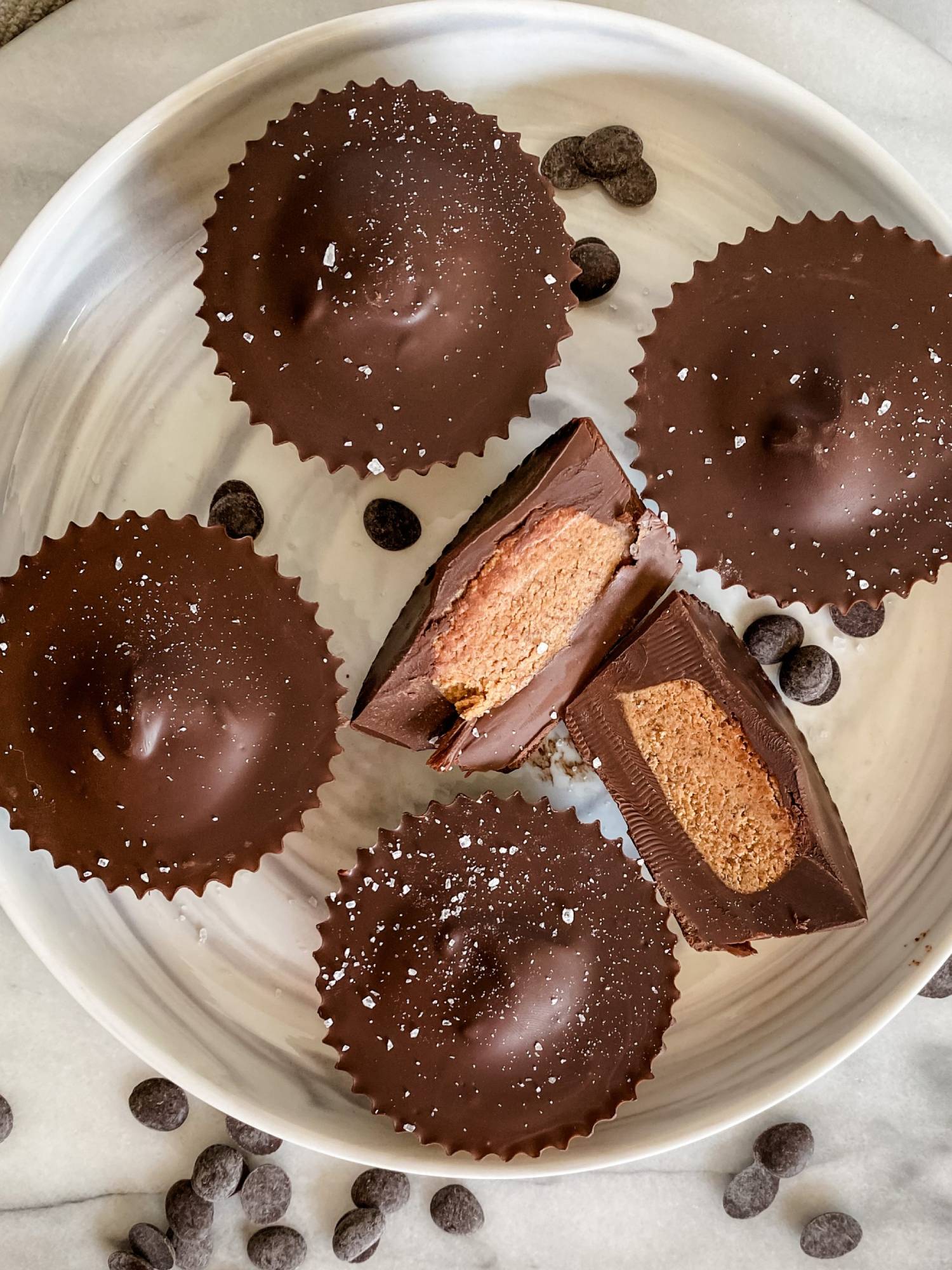 Dark Chocolate Almond Butter Cups are a healthy twist on Reece’s Peanut Butter Cups, except these are vegan, gluten-free and made with healthy ingredients like dark chocolate, almond butter and coconut flour.
Pin Recipe

Did you make this recipe? Don’t forget to tag @lovelydelites on Instagram! Please leave a comment or review below! 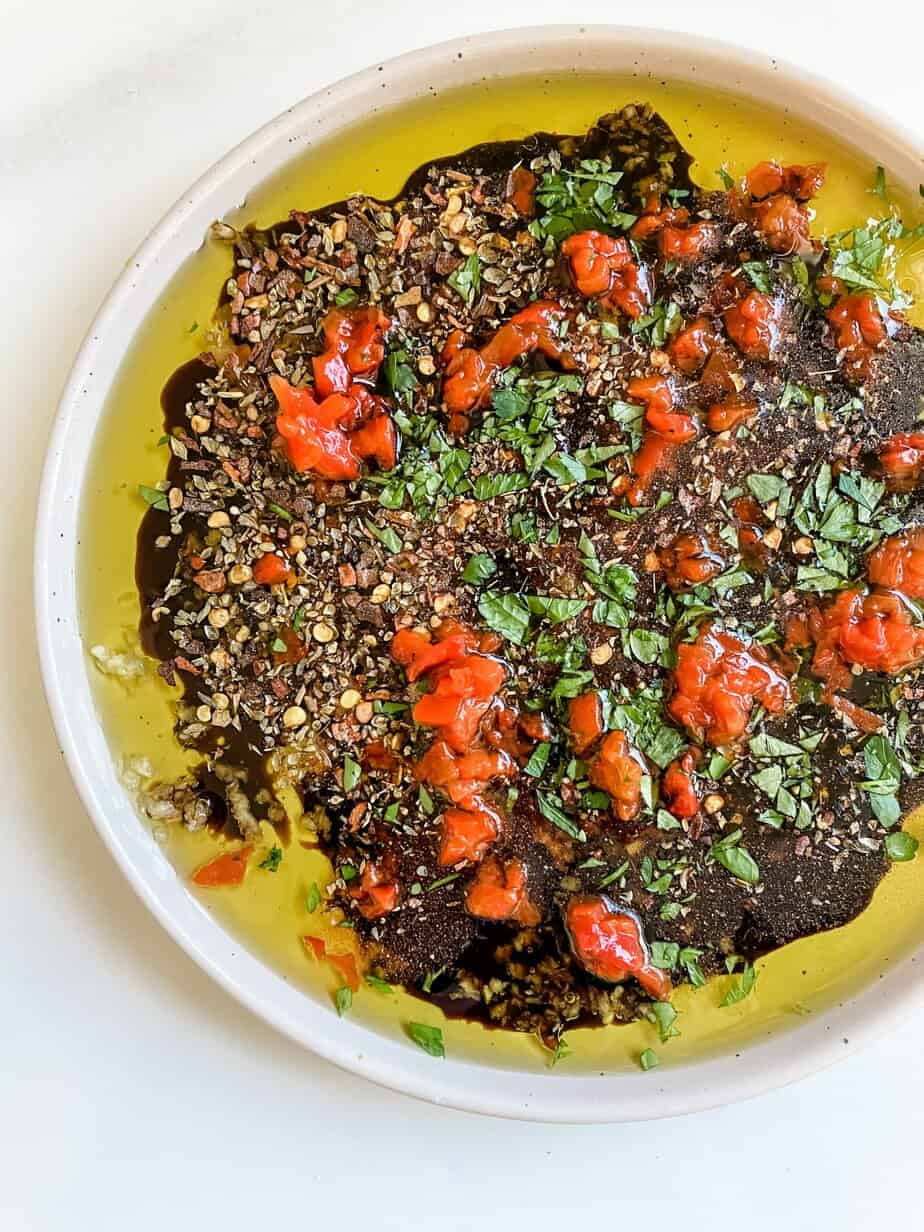 This is the most delicious bread dipping oil! You will feel like... 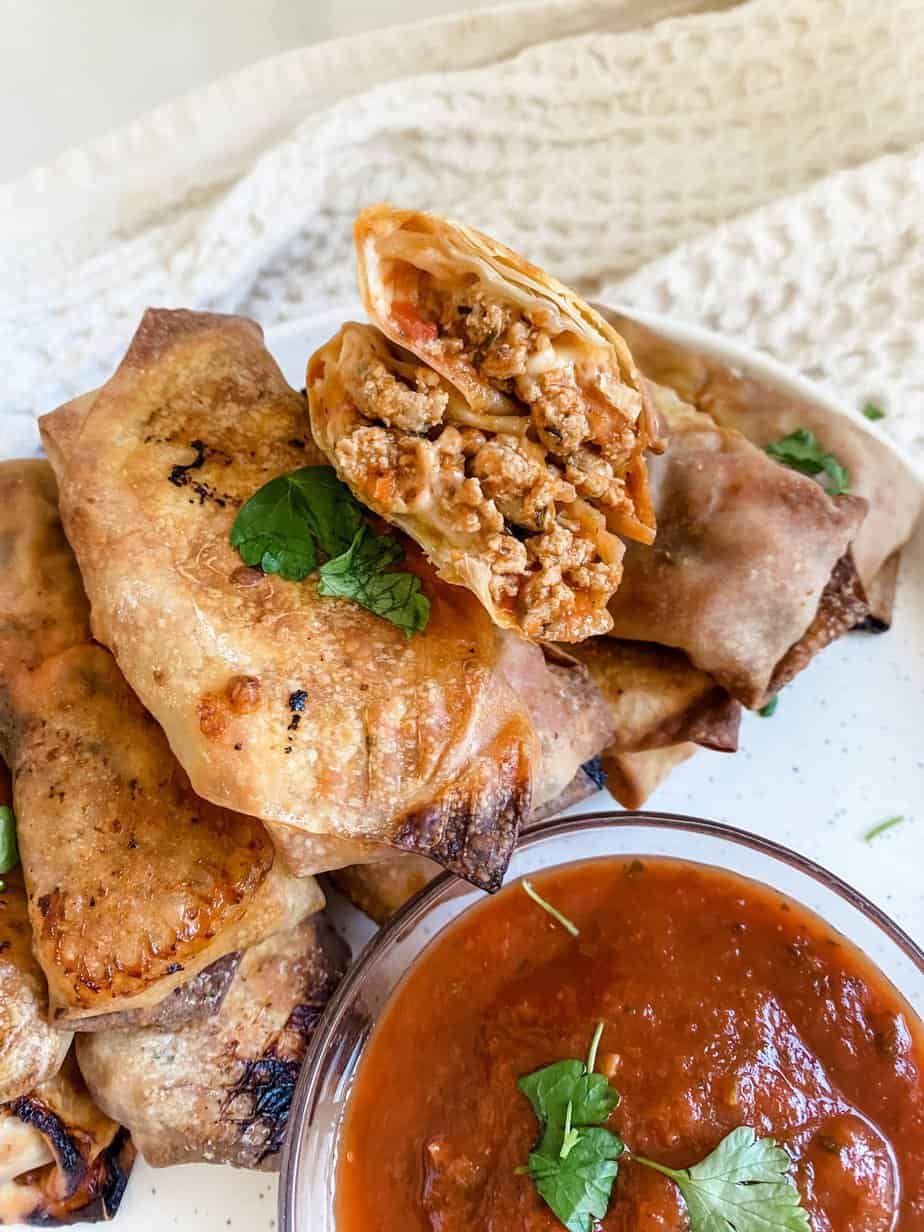 Air Fryer Pizza Egg Rolls are the perfect snack or appetizer to... 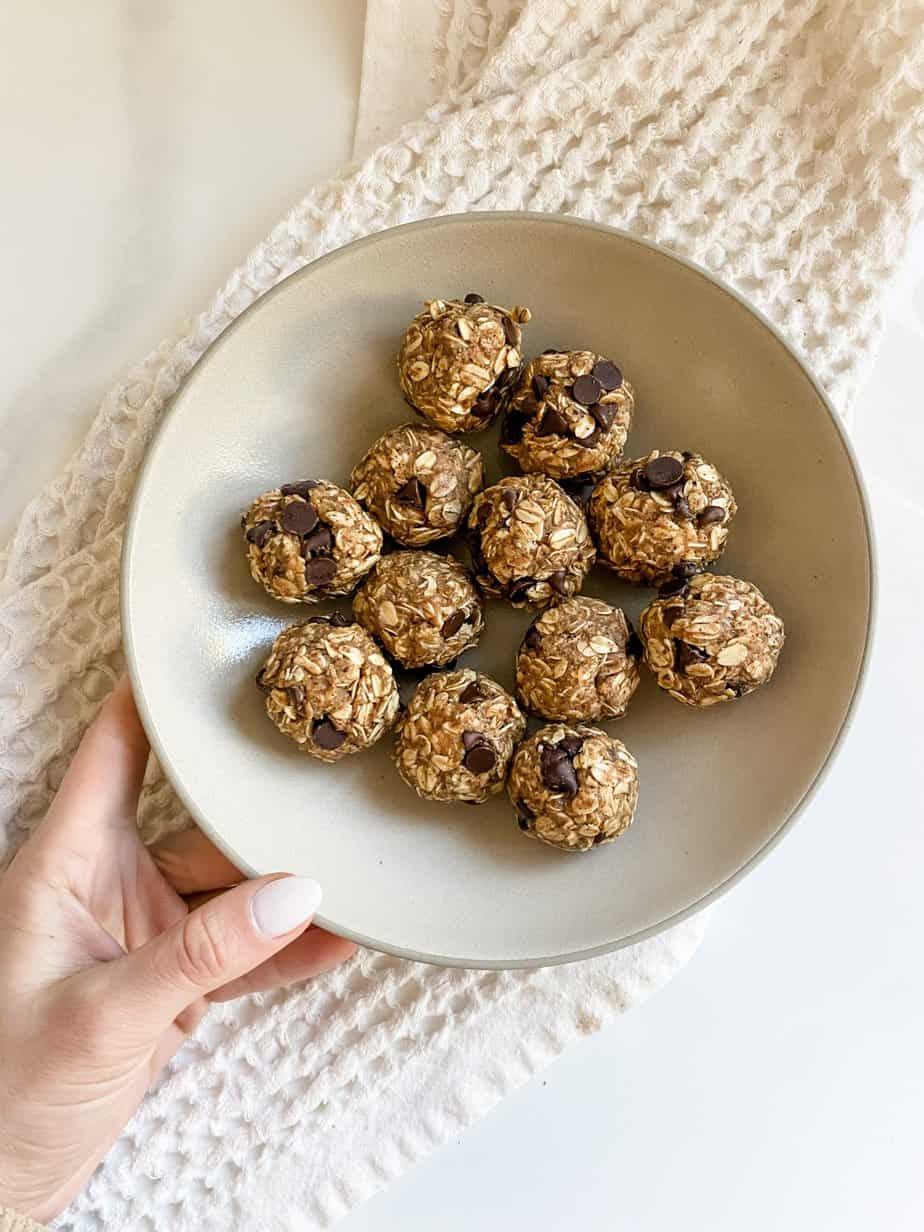 No Bake Energy Bites are a quick and easy snack to make... 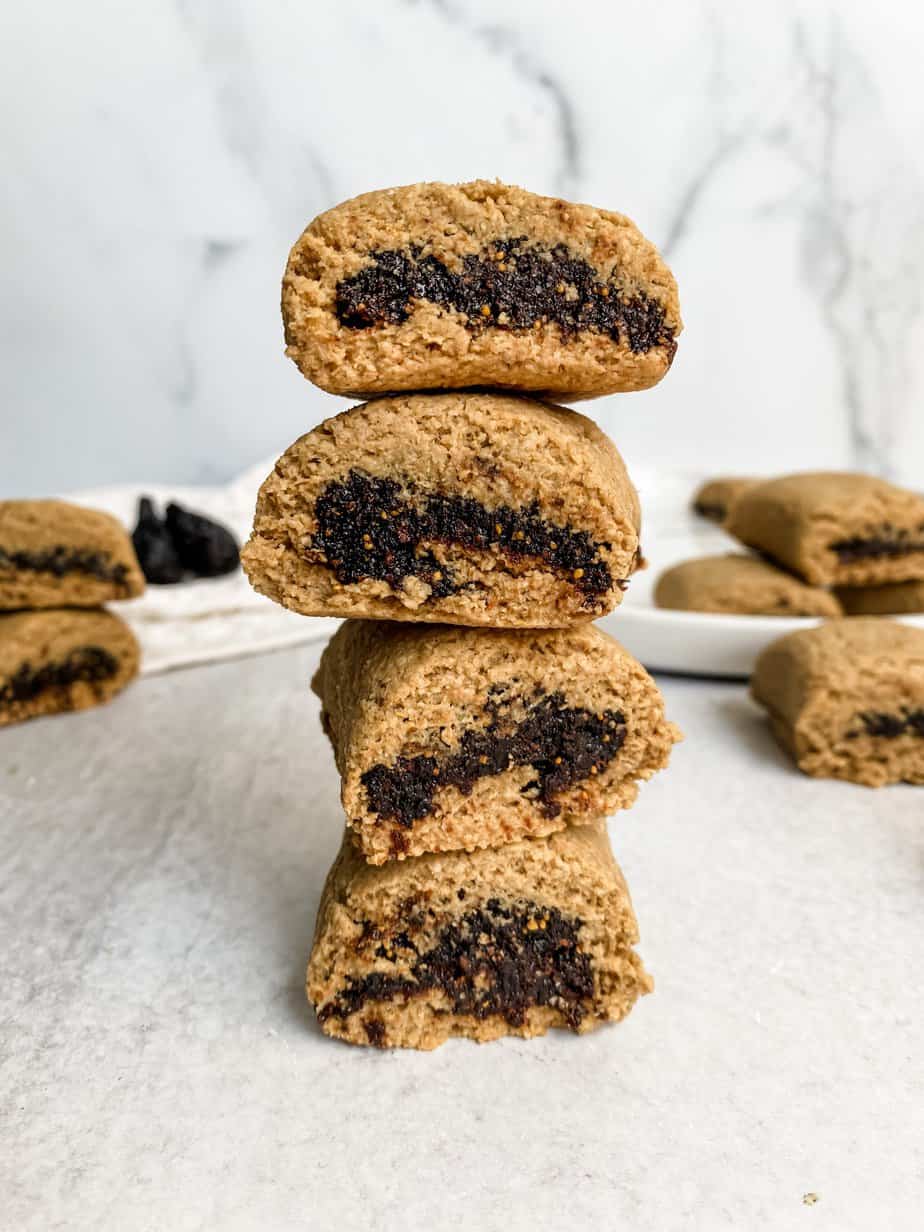 Gluten Free Fig Newtons will bring you right back to child hood... 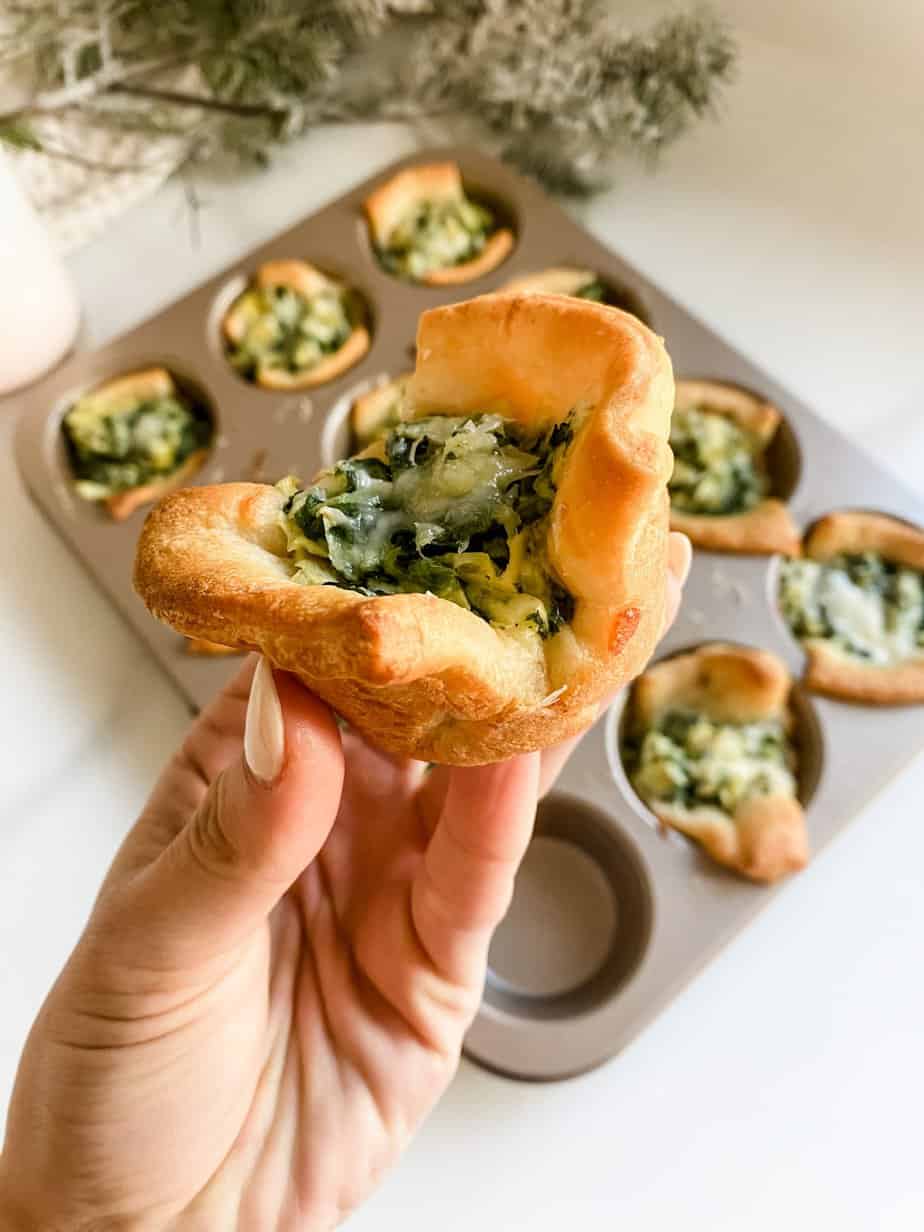 These Spinach Dip Bites are the perfect quick and easy appetizer that... 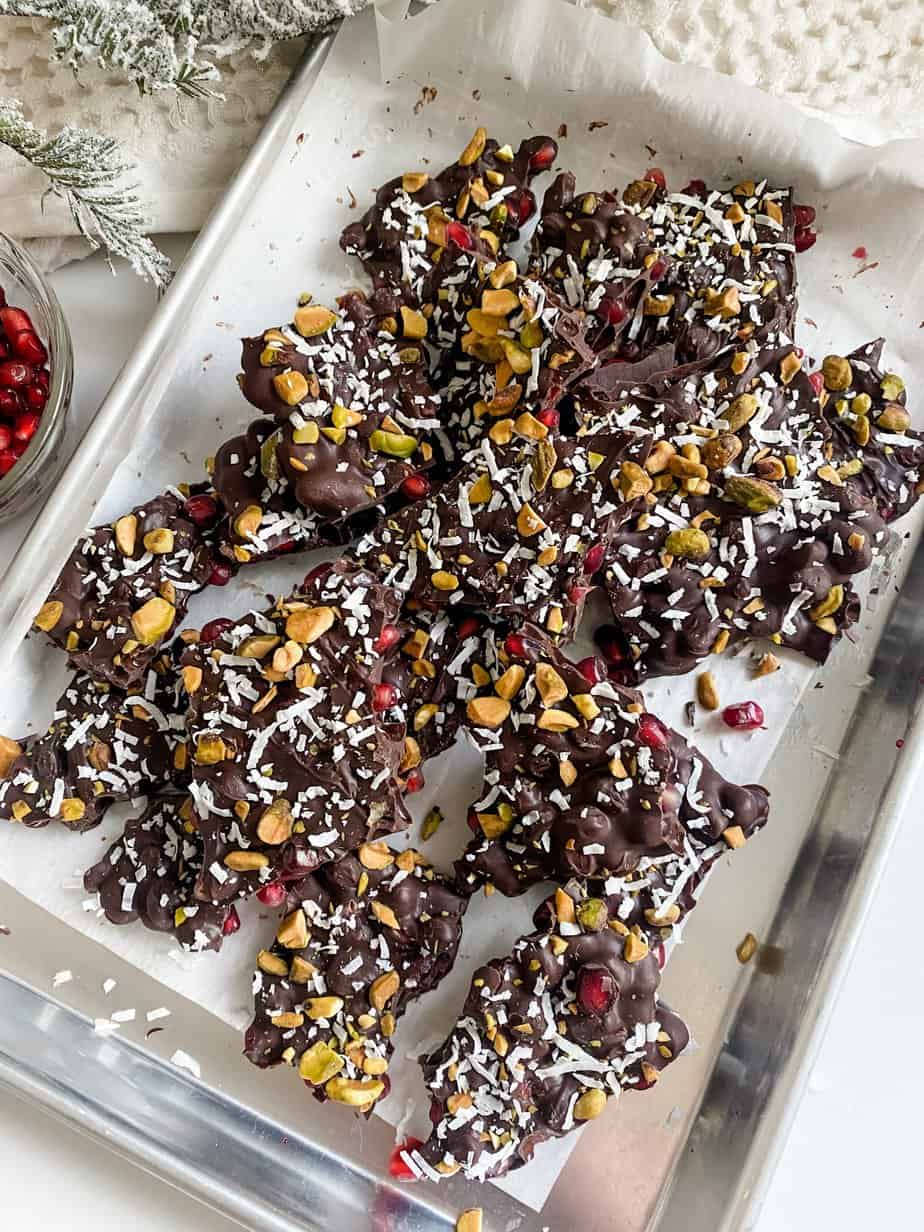 This Pomegranate Chocolate Bark is made with only 4 very simple and...

You had me at dark chocolate ?

Definitely going to try this recipe! As far as the coconut flour, does it over power the almond butter taste?

Hi there! Not at all, you can’t even taste the coconut flour. It’s main purpose is to thicken the almond butter so you can roll it into a ball. I hope you enjoy!